This week, NVIDIA unveiled a new RTX 3080 model with 12GB of memory. GPUs are slated to launch through NVIDIA’s partners starting today, but they will be hard to find, just like all other GPUs.

RTX 3080 has an extra 2GB of memory over the original, but it has 8960 CUDA cores, equating to almost 3% more performance. Overall, this should provide you with some better performance while gaming, though it won’t completely change the visual quality of your games.

As NVIDIA explains, the new card draws 30 more watts than the original, but even a 750W power supply should be able to handle it.

NVIDIA’s RTX 3080 graphics card will now come in a 12GB version, an upgrade of two gigabytes over the previous version. In addition to adding memory, Nvidia tweaked some other specs, so it’s not a simple “slap some more RAM on that bad boy” scenario, but such a modest upgrade to an existing model is uncommon in the GPU world. The launch comes with the asterisk that most people cannot even afford to purchase it, even if they are willing to pay an inflated MSRP for it, making it yet another GPU launch that elicits more sadness than joy. Similarly, good luck finding a review since it appears that Nvidia refuses to allow any day-one press reviews, not even from its partners, but we’ll get to that later.

Also, Read | Why Do People Want Stock Android on Their Phones?

Apart from that, nothing else has changed. The graphics card still has a Boost Clock of 1.71 GHz and the same type of GDDR6X memory. But if you’re not looking to jump to a 3080 or 3090 but want some more memory and power, this one might be worth considering if you can find one.

It’s still unclear what the RTX 3080 12GB price will be since NVIDIA isn’t setting it. In reality, its board partners will determine the GPUs’ prices, and given the current state of the market, they may end up costing more than they should. The GPU will probably sell out minutes after it goes on sale due to the absurd demand for graphics cards.

Also, Read | GPU Shortage Should End In 2022, According to NVIDIA 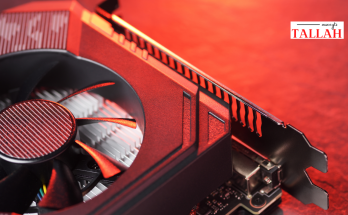 GPU Shortage Should End In 2022, According to NVIDIA

One Comment on “NVIDIA Launches 12GB RTX 3080, but Good Luck Getting One”